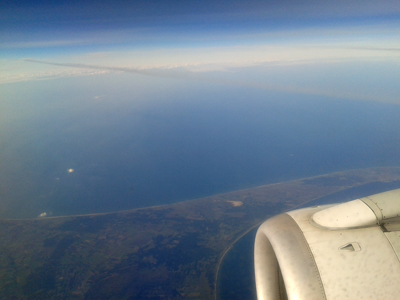 This morning we noted that Autumn had definitely arrived. The trees lining the path to the park had changed dramatically during the short time we had been in Helsinki. Four days previous they had been pale green and leafy, today they shone a translucent yellow and had shed many leaves onto the grey tarmac below. 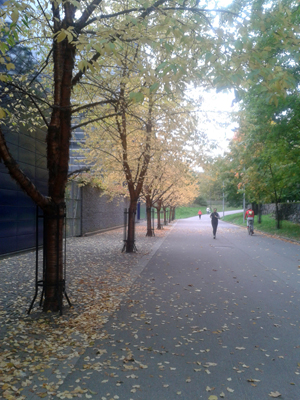 Having to leave the city in the early afternoon for our four o clock flight, we spent our last festival hours in Lapinlahti in the social ‘lunch’ area and Keinutuoli Korner where John Fail invited Jake to give a short presentation about Access Space Sheffield and the organisation’s relationship with the Pixelache Network.

Between that and eating our final Pixelache lunch, we managed to squeeze in some filming at the water’s edge , continuing an action based work that had been developing over the weekend. 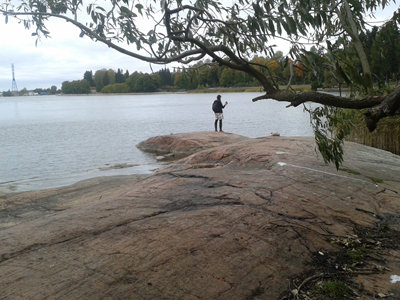 We left a bright Helsinki and flew through some clear skies with a beautiful views over Sweden and Denmark, only meeting spectacular cumulonimbus formations and turbulent airspace as we crossed the Pennines and neared Manchester.

We’ve brought a lot of thoughts, responses and ideas back with us. Now to feed them into our practice.